We revisit the same Winston & Strawn plot which appears as the plot as it was in the most recent post in its improved re-incarnation. Now, let’s take up four more observations.

The thick black line on the vertical y-axis adds nothing: It is an example of what is referred to as “chart junk”, an element of a plot that adds no useful information but clutters up the plot and makes it that much harder to grasp.

Second, neither axis has a label to explain what the axis represents. Labels are generally a good thing so that a plot can stand on its own without explanations in the report text.

Third, the plot lacks a title, which also helps make it self-contained. By that term I mean that a reader can understand what the plot has to offer without having to read elsewhere. It is true that the header of the page serves like a plot title, but it is in a different color and font and location than the plot itself. For PowerPoint decks, headers often serve a different purpose than as a surrogate plot title.

A final two steps took out ticks and panel borders. The text labels quite adequately match up to the horizontal bars, so the tiny tick marks on the left, y-axis fall into disfavor. And, nothing is added by the gray border around the plot, in my opinion. Just the facts, ma’am. 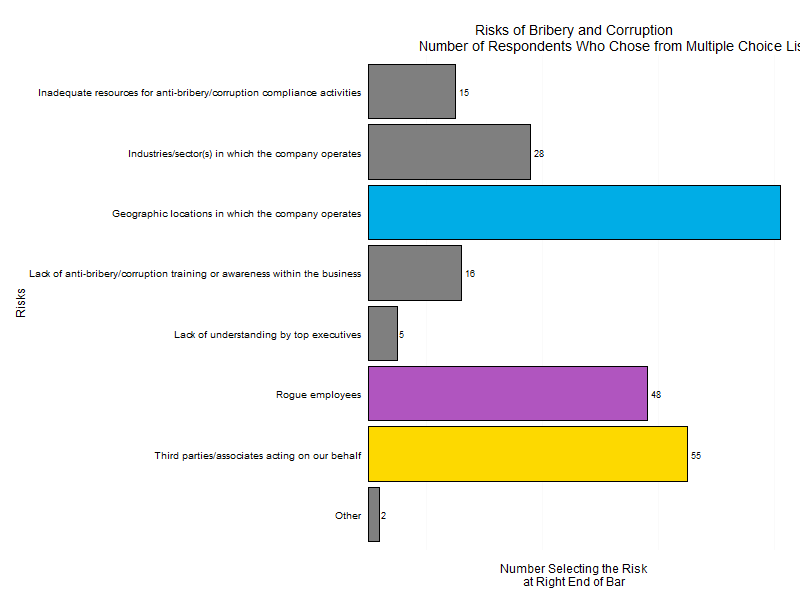